by Nikoleta Glynatsi and Geraint Palmer.

This is a joint blog post with Geraint Palmer about our experiences of PyCon Namibia (PyConNA) 2018, which was was the \(4^{th}\) consecutive Python conference held in the country. The conference took place in Windhoek, from the \(20^{th}\) to the \(22^{nd}\) of February. Supported by Cardiff University’s Phoenix Project, we an another colleague from the School of Mathematics (all SSI fellows), Vincent Knight, travelled to this beautiful country and attended one of the finest PyCon conferences we have attended. 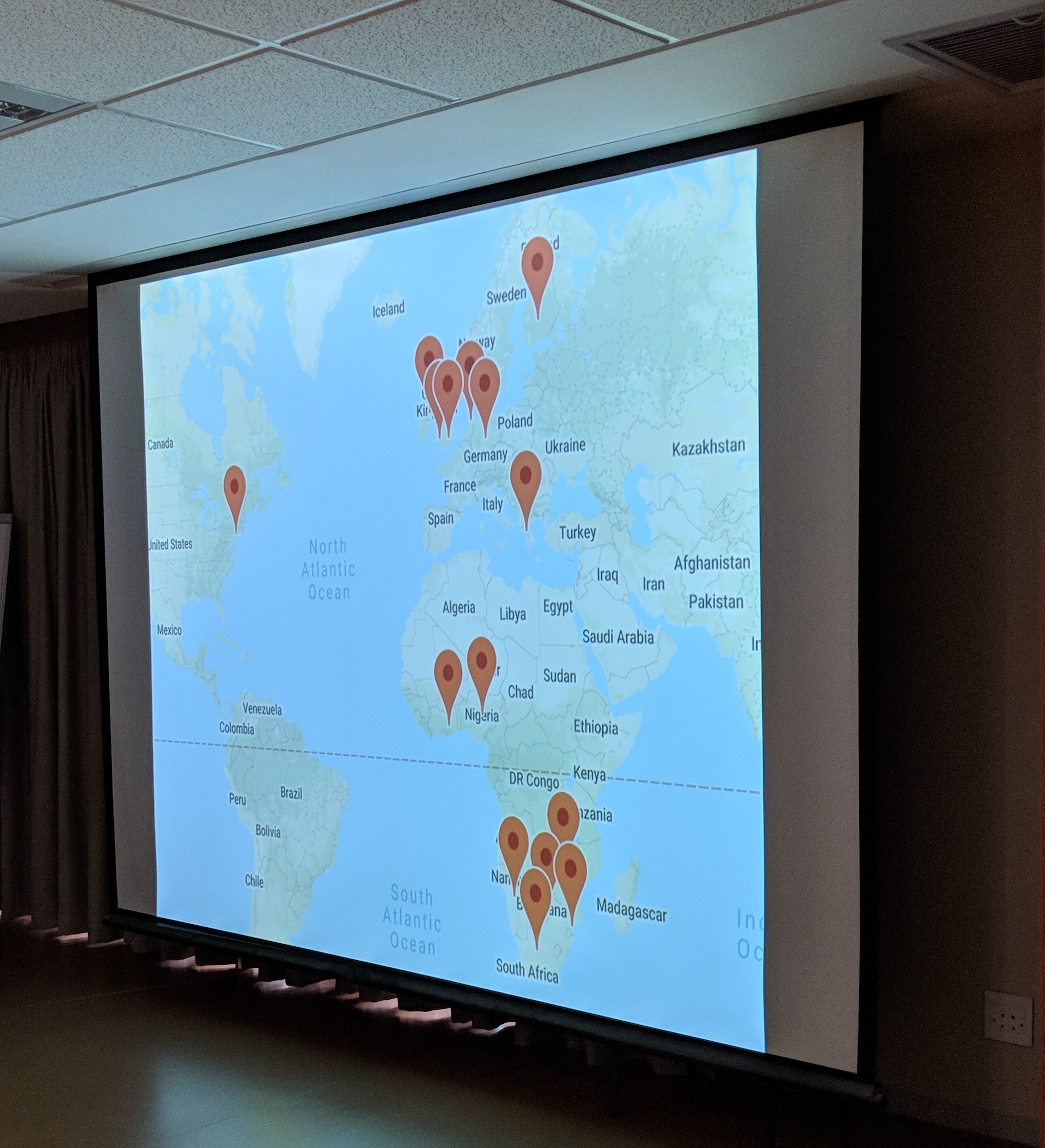 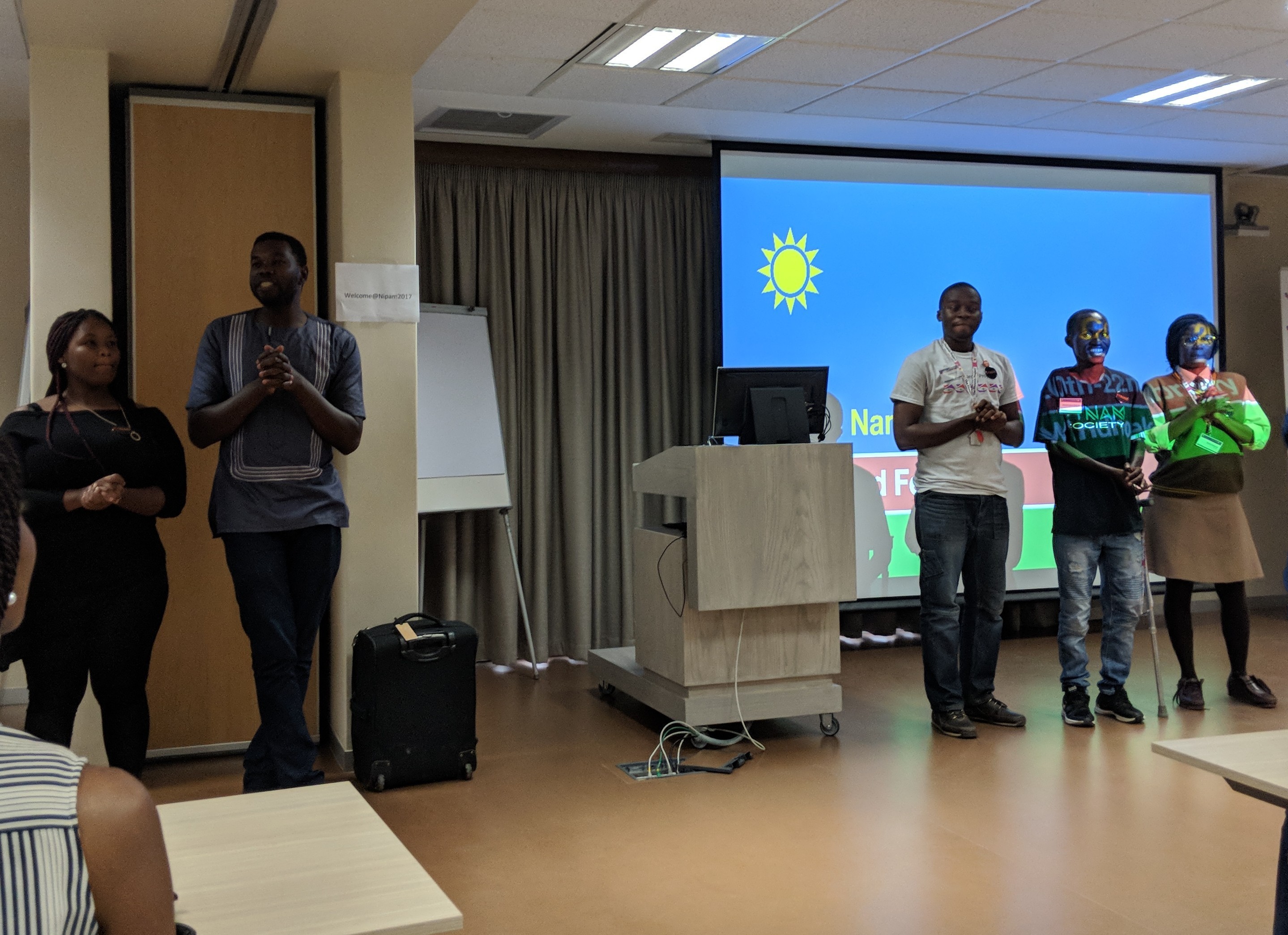 The conference was a great mixture of talks and workshops with each day concluding with lightning talks.

The workshops. The first day was hosted a number of workshops, including the very successful all day Django Girls workshop. Further workshops that took place include, “Python for total beginners” led by Vernon Swanepoel, “An introduction to Data Analysis with Jupyter” led by Tendai Marengereke, and “Introduction to TDD with Django” led by Harry Percival. Also 13 year old Berhane Wheeler ran a remarkable workshop on building a guessing game in Python and Daniele Procida led a workshop on how to organise a conference. 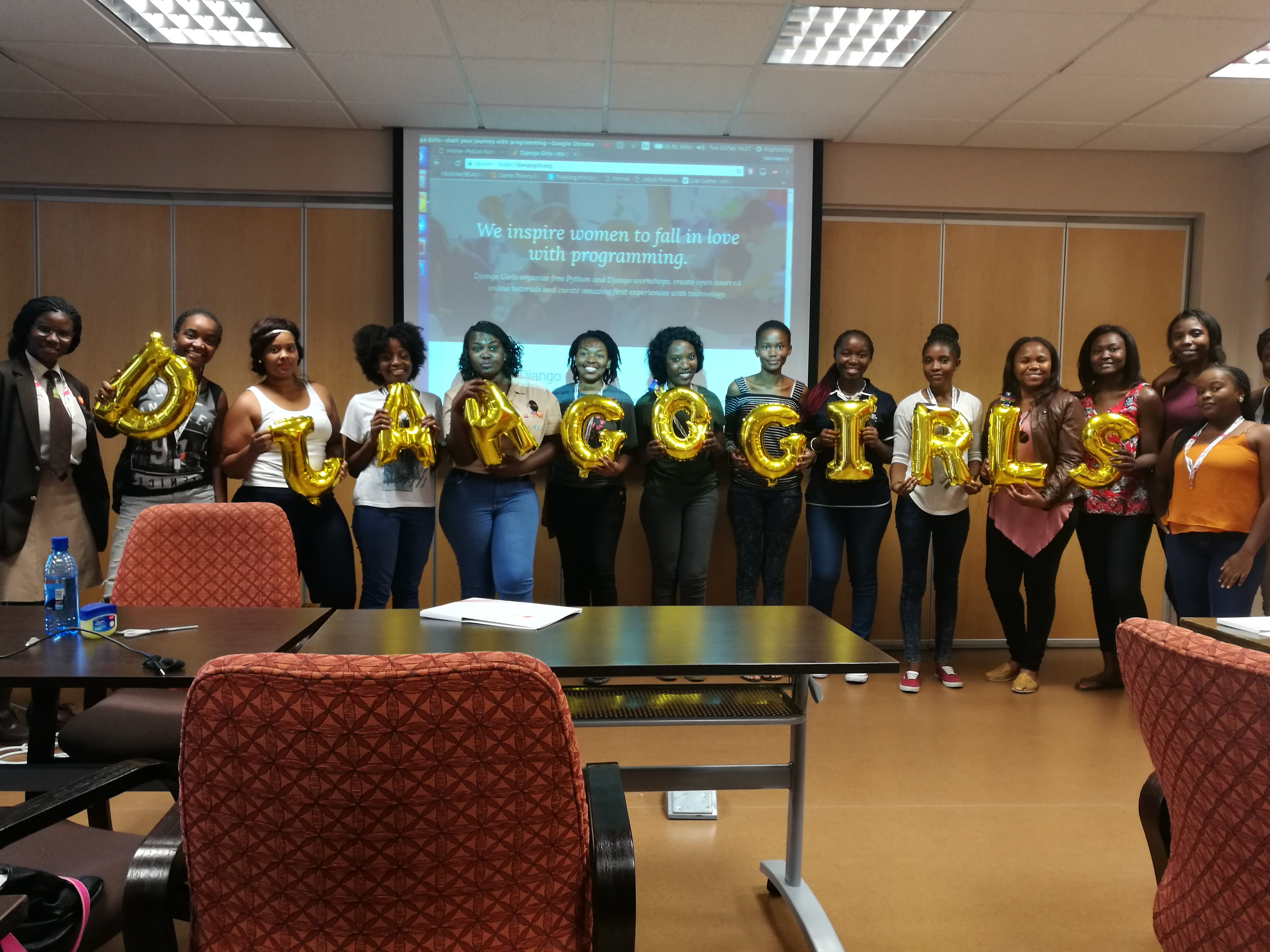 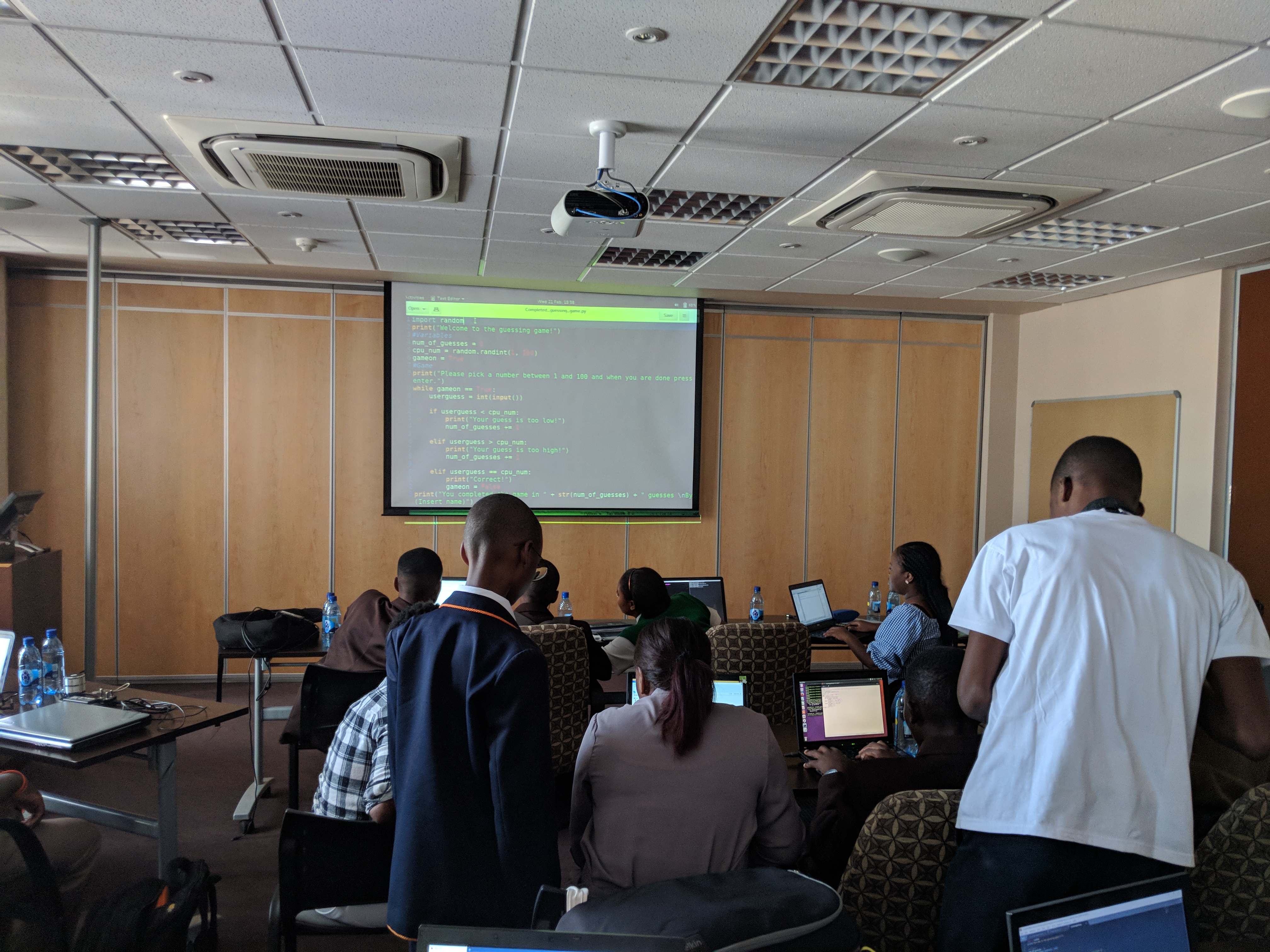 The keynotes. Two keynote talks were delivered by friends of the Namibian community Aisha Bello and Marlene Mhangami. Aisha from Nigeria is an organiser of PyLadies and coach of Django Girls. Aisha spoke about the community in Nigeria and the inspiration she received from attending PyCoNA which encouraged her to organise PyCon Nigeria. The second keynote was presented by Marlene. Marlene is from Zimbabwe, is a director of the PSF and co founder of ZimboPY. She spoke about the growth of Python in African countries, from the first PyCon in South Africa to the present day with a total of 5 different PyCons taking place on the continent and many more local meetups and events. 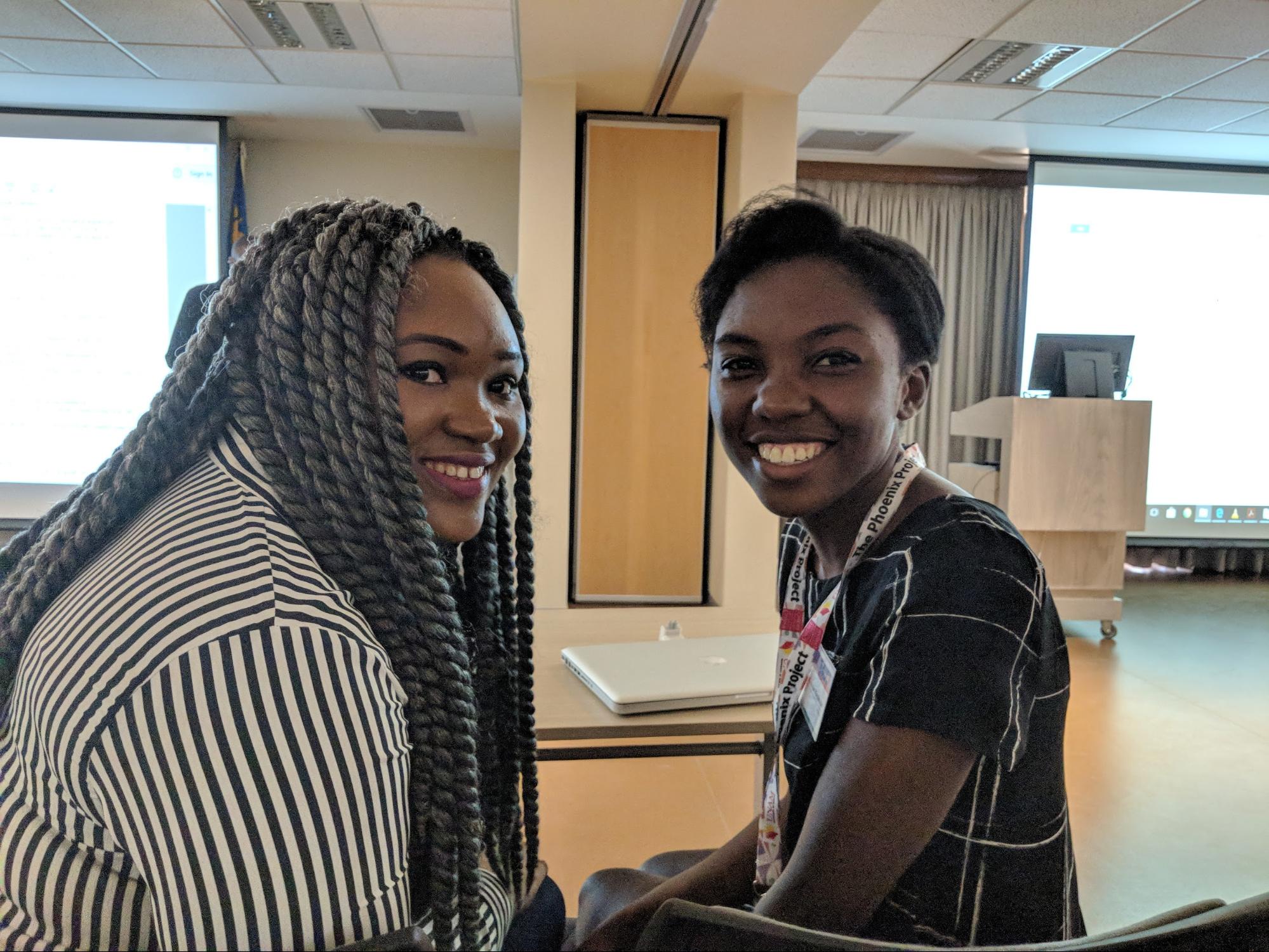 From left to right: Aisha Bello and Marlene Mhangami.

The talks. A great number of interesting talks were given this year. These included a talk by Queen Namena on the creation and achievements of a school group called PyNam Scholars. Godwin Nekongo talked about Pygame and how it allowed him to create a block dodging game. Even seasoned gamers would find this game tough to beat! Hasan Masood spoke about visualising data using gmplot on google maps. Gareth Lloyd told the story of Jon Snow (not from Game of Thrones) and the usefulness of GeoDjango, GeoPandas and spatial plotting in Python. Vincent Knight spoke about four different learning scenarios with different aims and the structures he uses to teach programming at Cardiff University.

Several other great talks were delivered, the program of the conference can be found here.

Nikoleta: For the first day I was involved in the Django Girls workshop where we ran a very successful workshop with over 20 attendants of different ages accompanied by six coaches. Coaching at Django Girl Windhoek is a lovely experience that I always look forward to. Similarly this year, I had the opportunity to teach a number of young and passionate women. Additionally, I delivered a talk on using Python and mathematics to study the behaviour of rhino poachers, a work that is done mainly using one of my favourite libraries, SymPy. A pre print of this work is available on arXiv: arXiv:1712.07640. Finally, I have written a blog post that summarises the talk.

This was my second PyConNA conference and I am hoping that it will not be the last one. It truly was a great event and I would highly recommend anyone to get involved, either by giving talks, coaching django girls, or even running your own workshop. PyCon offers a great opportunity to interact with the African programming community. Be prepared to be amazed by the motivation and the hard work that is going on and to enjoy a few days under the sun.

Geraint: Along with Vincent Knight we ran a workshop on using SymPy for symbolic mathematics, entitled “Python and Python and Maths, Oh My” (yes seriously). This was good fun, with SymPy enabling us to comfortably introduce some advanced mathematical concepts to non-mathematicians in a relaxed setting. A personal highlight for me was overhearing a group of high schoolers enthusiastically discuss differentiation and optimisation using SymPy at a coffee break.

I also gave a talk on Agent Based Modelling with Python, expanding on a blog post where I recreated and experimented with a Python implementation of Schelling’s segregation model. It was fun to show that a versatile tool such as Python can help us gain insights into human behaviours.

This was my fourth time at a Namibian Python conference, having attended the first back in 2015, and it has been a privilege not only to see the conference and community grow each year, but also seeing the growth of friends we had made four year ago. When I first met Jessica she hadn’t programmed before, now she is chair of PyConNA, teaches programming in schools, and coaches teams of high schoolers to win national programming competitions! Kandoza and Muheue both gave their first ever PyCon talks this year, both presenting technical skills to solve African problems (Kandoza’s on interfacing Pandas and Excel, and Muheue’s on connecting Raspberry Pi’s to computers). 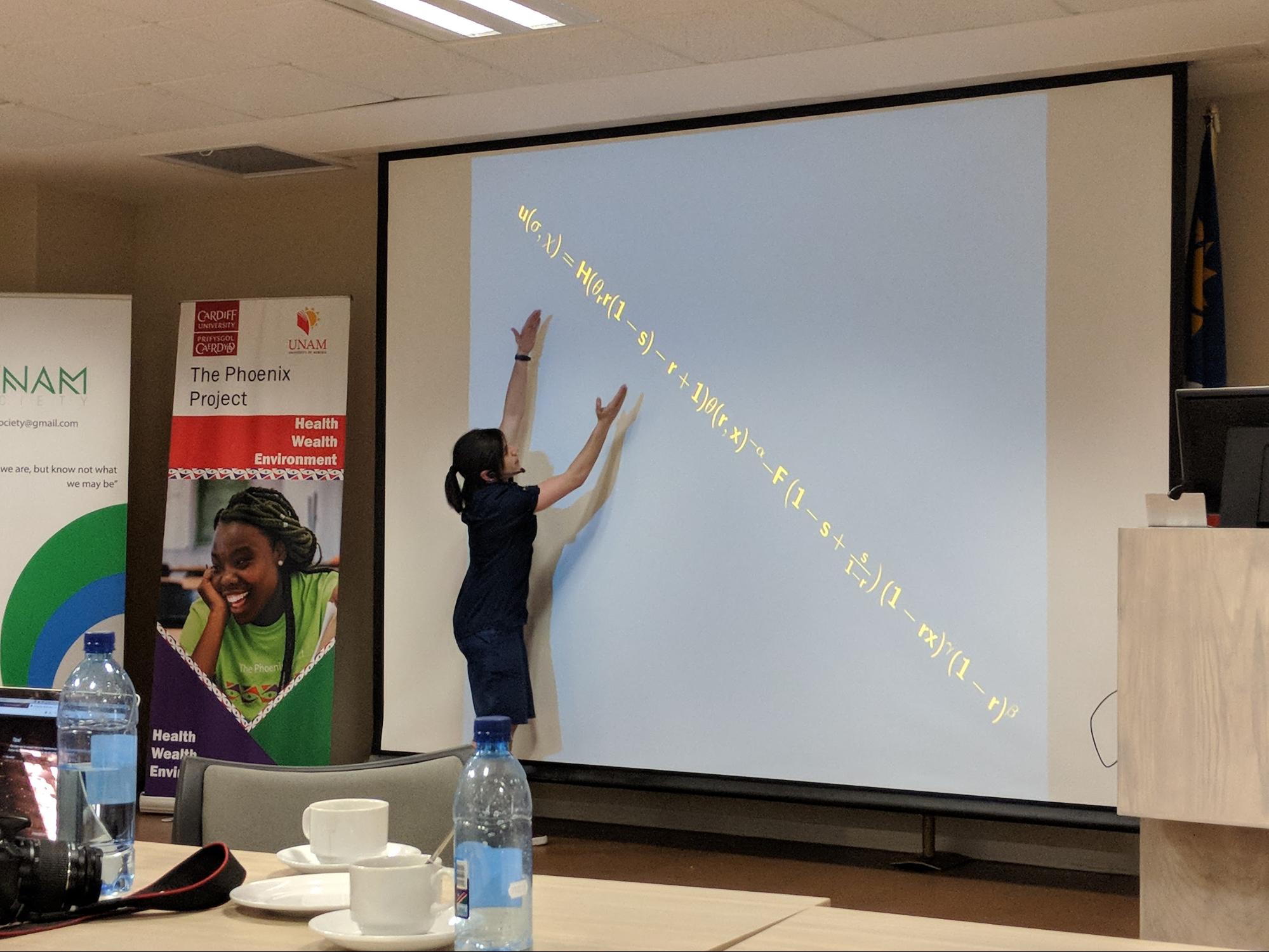 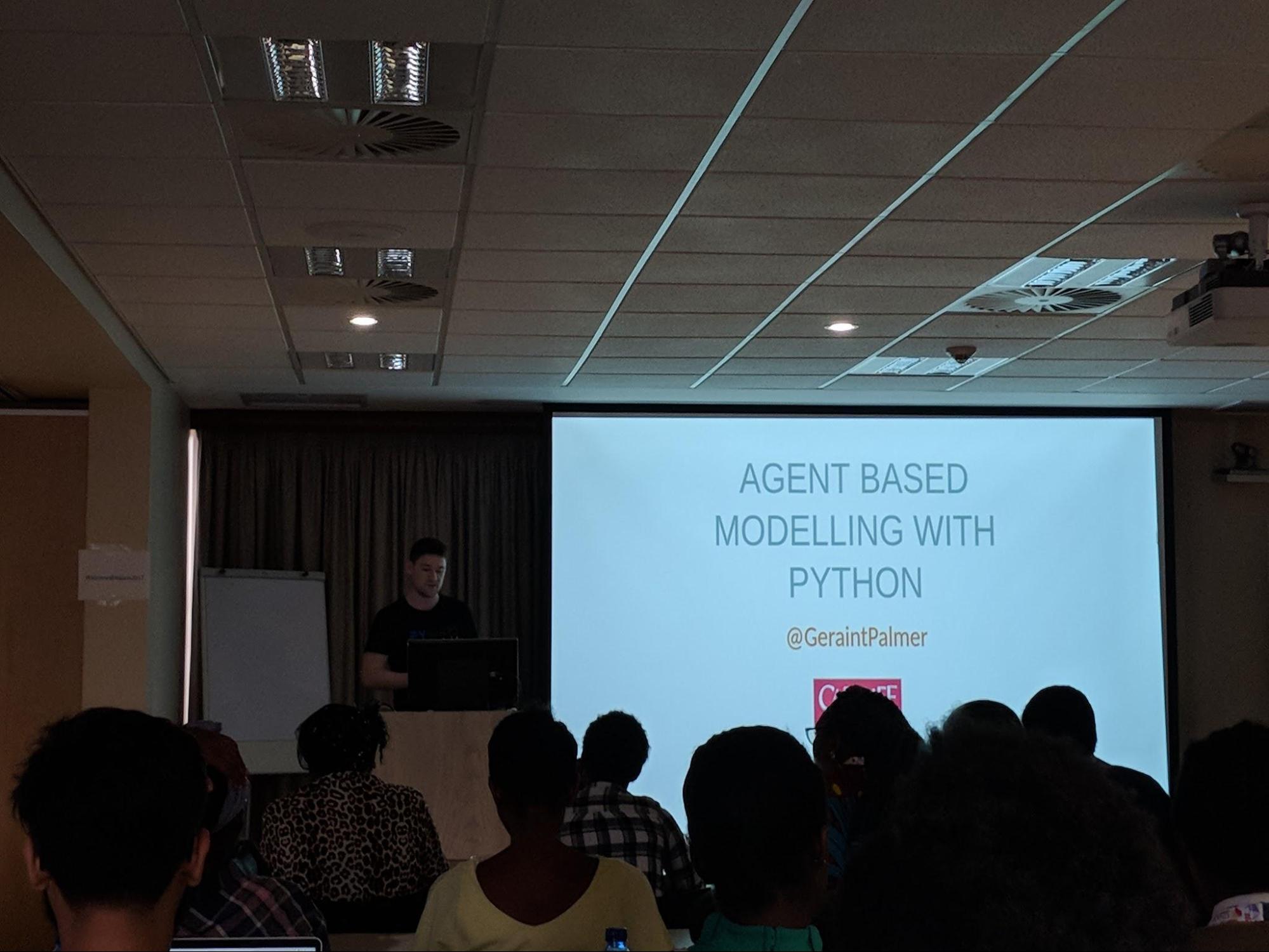 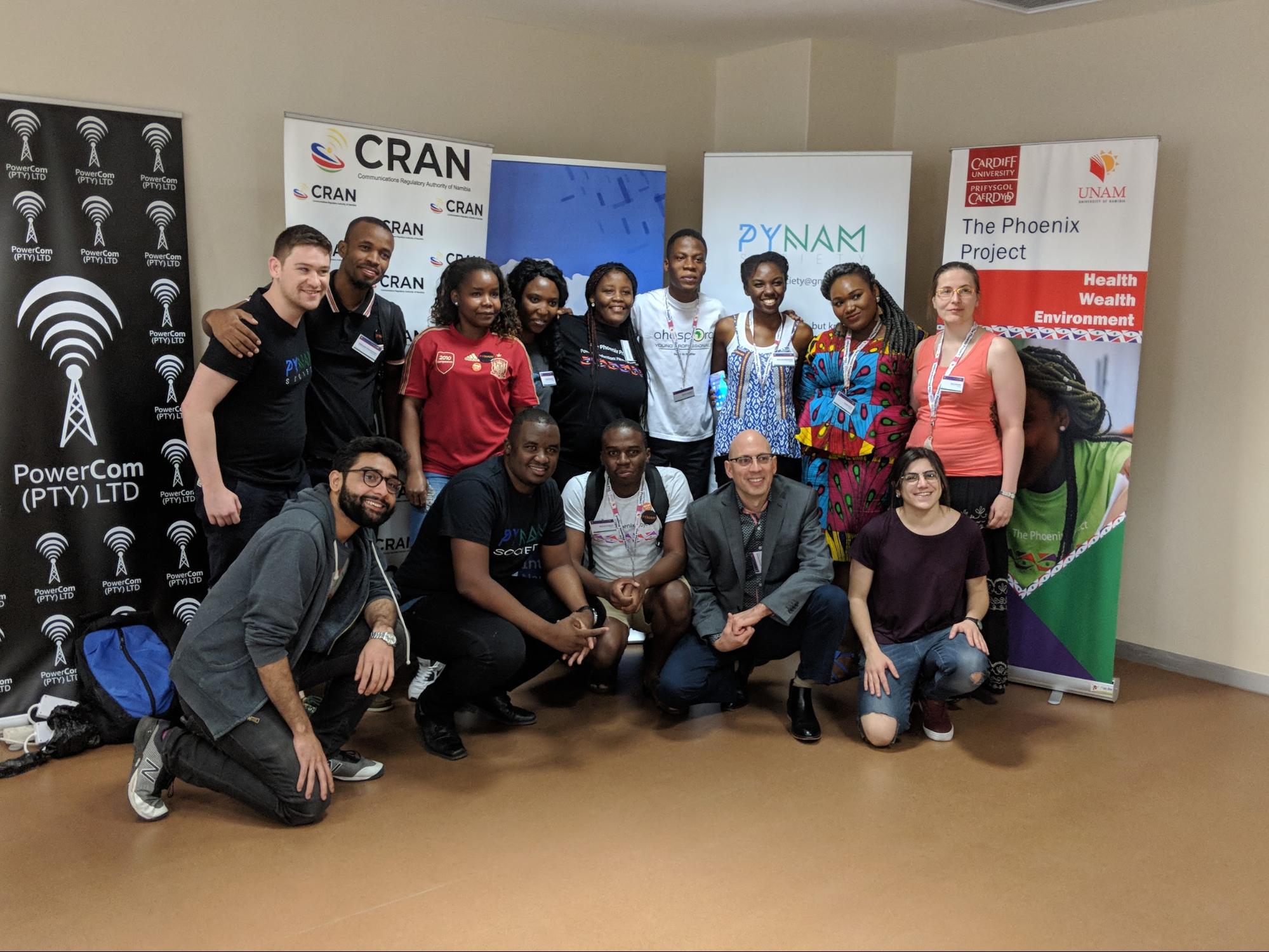